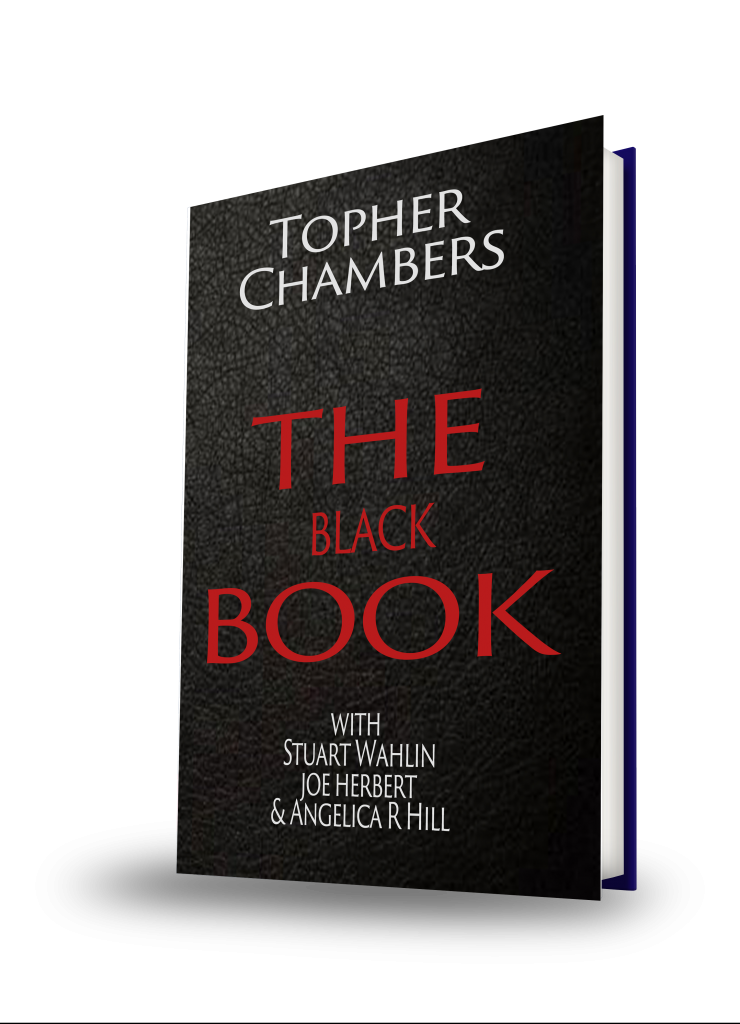 Ever read a book that sucks you in?

Thirteen short stories of the strange and unusual that will follow you. The Black Book is a cursed book as if out of some Lovecraftian horror. The book that is the basis for the upcoming feature film by Rutledge Productions of the same name.  Innocuous items causing disappearances, the perils of the dark web, warnings against going out in the woods at night, or the hazards of dating; these stories pull you right into the page.

Purchase the horror anthology that inspired and launched an upcoming feature film, comic book series, and so much more. Join the book, buy it today. Pick it up on Amazon or Barnes and Noble